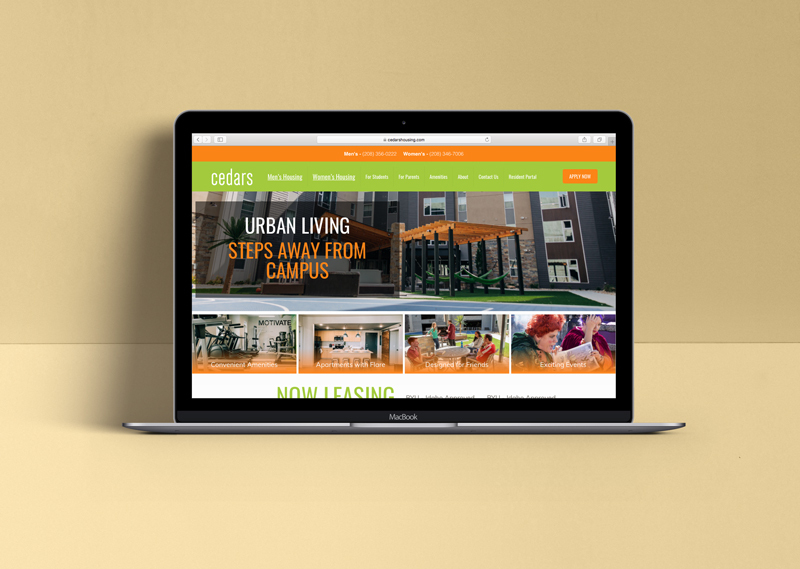 Five Steps to Create an EVEN MORE Professional Website

Your first impression from a new customer finding your site is only a fraction of a second. If you fail, not only do you lose a customer, but Google penalizes your site’s ratings too. Here are five steps that can make any professional website perform better and create an improved split-second impression.

1. Decide on a “Golden Action”

This is one of the most important things to do.When a new individual lands on your site, what is the ultimate thing you want them to do?

Is the ultimate thing you’d like visitors to do is sign up for a newsletter? Call your office? Set up an appointment? See the newest product? Go bowling?

Take some time to narrow down that ultimate thing, or golden action, you would like most visitors, clients or potential clients to make. If clients normally need to talk to somebody on the phone to set up an appointment, your golden action would be: call our office.

2. Have Multiple “Signs” Lead to Your Golden Action

When there is only one path and only one sign to your destination, it makes it very easy to get lost. Your golden action destination isn’t intended only for the chosen one. It’s what you want most visitors to do.

Make it very easy for visitors to know where you want them to go and how. To continue our path metaphor, make signs!

For example, if the golden action is to call your office, perhaps have a Call Now button at the top, a “Call us to order” link in the text copy and a Contact us at (phone number) in the footer.

Whatever your company’s golden action hints and signs are, don’t forget to have one on every website page at least once.

Whatever you decide to do, don’t have the only way to get to your golden action be by clicking the correct words in the correct order in the navigation menu.

Clickable links and images are very neat, and can be useful. However, neither of those signs alone conveys the immediate “this way!” direction the same way a button does. When done right, a button is swift, simple and stands out immediately.

A word of caution. Just as too many signs overwhelm and lose their purpose when there are too many packed in a single place, too many buttons within the same section of your website will confuse instead of help. Confused or frustrated visitors to a website often quickly leave and look elsewhere.

If you have Silver and Bronze actions, so to speak, make their buttons different from Golden Action buttons.

Choosing a button color may seem like the easiest portion of these 5 steps, but if there is an impulse to simply make it red please take a moment to read more.

I won’t dive too far into color theory but I will mention two absolutely essential things to understand when making your golden action buttons: value and contrast.

Value is how dark a color is, and is often taught with a spectrum, with white on one end and black on the other end. What is easy to forget is colors are on the value spectrum too. Generally speaking, yellow is closer to white, and purple to black. The thing about red is it is closer to the black side of the spectrum than we often think. Even pink can be quite dark on the value spectrum. Why does this matter? If there isn’t enough of a value difference there isn’t enough contrast.

Black and white have 100% contrast, being on exact opposite sides of the spectrum. This means they are easier to see when next to each other, because their contrast is so high, like black or nearly black text on a white background. But this sentence is now hard to read because there is very low contrast.

High contrast makes things stand out. Higher value contrast guarantees something will stand out even if a visitor is color-blind, and we want the most visitors possible to be able to easily see and complete your golden action.

For example, if your website has a lot of navy blue on it, I’d recommend trying an orange or a yellow or a white as a button color before considering red.

Ask a volunteer unaware of your company or website for 5 minutes of their time. Parents, Grandparents or that one uncle you only see every holiday can be valuable.

Pull up your site (or even a mockup design of your site), and don’t let them know it’s yours. You are a spy undercover, and have a great opportunity to see how others may see your site. Ask these two questions, and don’t explain, redirect or interrupt when something isn’t seen the way it’s “supposed to” be interpreted as. If grandma is confused about how she is supposed to actually order the product, perhaps the signs aren’t doing their job very well. Maybe they are hard to see or recognize.

1. If you were seeing this site for the first time, what would you think it is for?
2. How would you (insert your golden action here)?

I'm a zealous, artistic problem-solver and enjoy making challenges less formidable. My favorite solutions make a complex process seem simple. When not puzzling through things with bowler hat askew, I can often be found reading or chasing my lovely child who stole my book. And heart. And hat
LET'S TALK

Get In Touch with Incline Marketing